The Torch is Lit!! 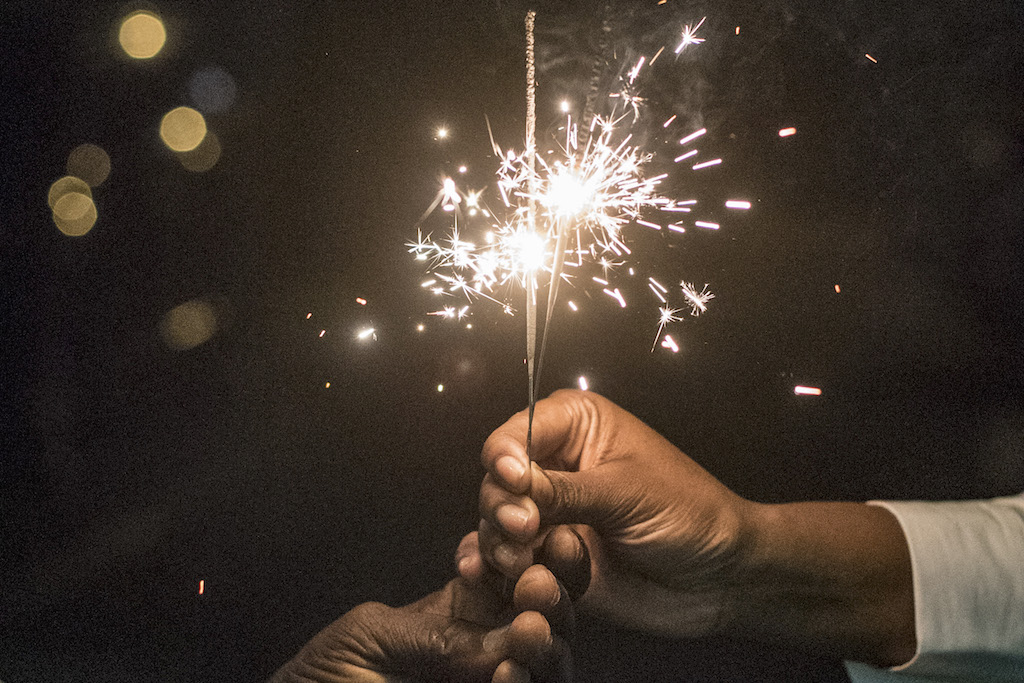 The switch is on, the light is bright…and Itanna is live!

On Monday 6thAugust, Itanna, Honeywell Group’s new accelerator and investment vehicle, commenced operations at its cool Enterprise Factory. But can a factory be cool? Well, Itanna achieved that.

So how did it all go? It all began with the quartet of Tomi, Francis, Tony and Christiana welcoming everyone into the chilling Enterprise Factory as they came in. Their excitement was so intense, one would be forgiven for thinking if it was really a Monday morning! The near-freezing temperature of the Enterprise Factory would not dampen their excitement – which eventually became infectious. 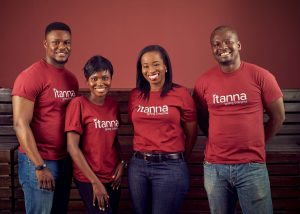 By the time all participants from the Cohort and Itanna’s partners came in, they too caught the excitement bug and there was no stopping the fun. Launch day became fun day. Chief cheerleader, Tomi (Director, Itanna, official title by the way), got the day started when she took to the stage to welcome everybody to the beginning of not just a new venture but a pivotal journey for Honeywell Group and Itanna. She then led the introductions which allowed people, especially members of the respective cohort companies, to meet one another. 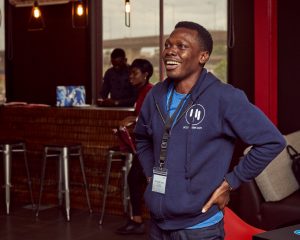 After introductions, the four cohort companies Accounteer, KoloPay, Powercube and TradeBuza were tasked with their first assignment. Members of each company had to design a newspaper front-page with a major headline about their company. Be creative, be bold was the inherent objective of the assignment. It was a fun moment but also an inspiring one. My favourite? A projection into 2030 with a headline saying “KoloPay buys Amazon.” Hopeful you want to say. But didn’t Barack Obama write about the Audacity of Hope en route a first ever African-American President in the White House? If you know, you know. 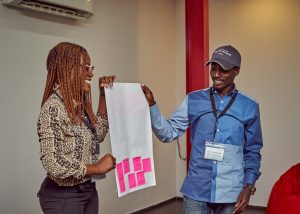 Moreover, for Itanna and its Cohort, this audacity isn’t only hope propelled. Which leads us to subsequent sessions of our launch day.  Tomi spoke about the vision underlying the initiative and Honeywell Group’s overarching objective of using Itanna to ignite businesses that will push frontiers. She noted that this maiden accelerator programme – of four months – is being powered by Honeywell Group and host of partners including  MESTAfrica, and First Registrars and Investor Services. She explained how Itanna will be helping the Cohort on the journey to scaling their businesses and what was expected from each company. It is basically a partnership and efforts to achieve preset objectives must be concerted. 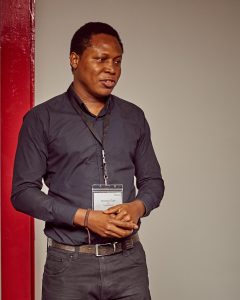 Francis was up next, taking participants through a session on the values of Itanna. He also shared instructive tips on how the Cohort could ensure a wonderful work environment suitable for creative thinking expected for the next four months.

Lunch came after and, pray, what beats Nigerian jollof rice on a fun afternoon? This was followed by drinks and cakes, to keep the energy levels up.

Next on the agenda, the Cohort pitched their respective ventures to one another. It was an engaging session, as the spokesperson for each company had to describe his/her offering while fielding questions from the crowd. Did I sense some competition? Well, what is enterprise without competition? The healthy rivalry would also be sensed when it was time to choose work spaces. You couldn’t blame them though, they were spoilt for choice. Work spaces were chosen and you could sense the excitement and readiness to commence, in earnest, the four-month journey to the next phase for their respective ventures. 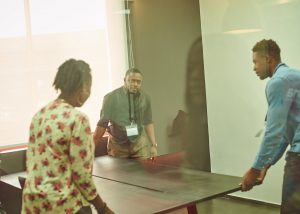 The KoloPay Team rearranging the furniture

Hope, belief, vision, aspiration, determination are all synonymous in this instance. For one, it is the beginning of a totally new journey for Honeywell Group, Itanna and the Cohort. One that is taken only by the bold and the courageous. For another, all are united by the singular desire to succeed. And there are already signs of good tidings. Synergy, for instance, was promoted when Itanna engaged Pavilion Technology Limited (a member of the Honeywell Group) on security solutions for the Enterprise Factory. 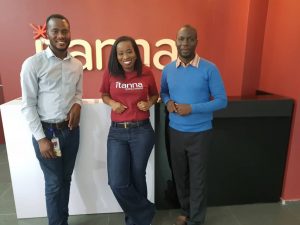 So as all stakeholders look to the days ahead with passion, zeal and, most of all, optimism, congratulations and best wishes are definitely in order as we pray that this newly lit torch will not go dim. (And in T’Challa’s voice) May it ignite Africa!